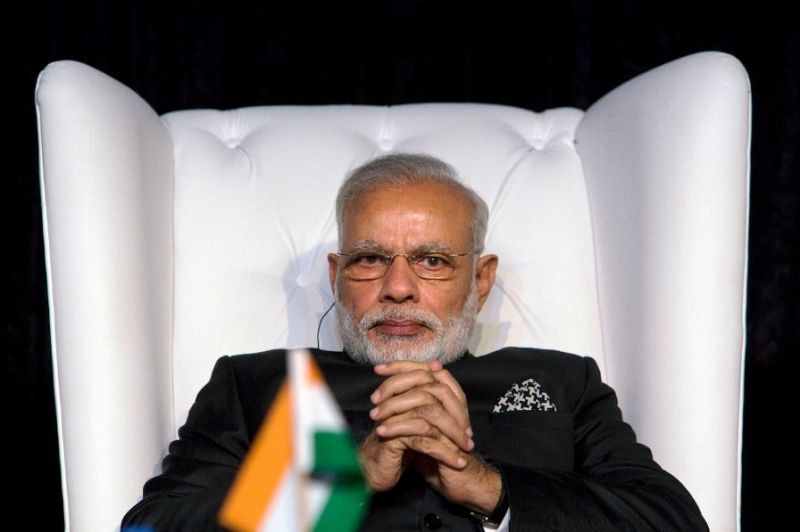 Regretting that salient chapters in Indian history have not found place in the way the subject has been dealt with during the British rule and even after independence, Prime Minister Narendra Modi on Saturday said there is no reference to what the common people were doing in different periods.

"It is very unfortunate that during British rule and even after independence the drafting of the country's history ignored some salient chapters of our history. The history we read has no reference to what the common Indian people were doing during different times. Didn't they have any existence?" Modi asked after dedicating four renovated heritage buildings to the nation.

The Prime Minister said lot of things connect to Indian history have remained in the wilderness, while some writers have confined it to mere tales of power struggle, violence and battles of succession.

"Lot of things connected to India's history have remained in the wilderness. If you look at our history and tradition, you will find some people have confined our history to power struggle, violence and succession battles," he said.

Modi said it was very important to keep the spirit of national consciousness alive and carry it to the coming generations in those periods of instability and amidst the environment of violence.

"Decade after decade, century after century, who did this job? Our arts, literature and music, our intellectuals, saints and philosophers carried out this job," he said addressing the gathering at the Old Currency Building.

He said the influence of saints and intellectuals could be found in every field of India.

"These individuals, their ideals, and various manifestations of arts and literature, enriched our history in their own way. You know how great people led the biggest social reforms in India," he said.

Describing politics and military power as temporary, the Prime Minister said on the contrary, popular ideas expressed through arts and culture are permanent.

"So it is very crucial for India and Indians to preserve and maintain our own rich history and heritage, because that ir what sets us apart from other nations."

Modi said one can learn something or the other from every culture in the world.

"But we have to keep in mind that it doesn't cast a shadow over Indian culture," he said.