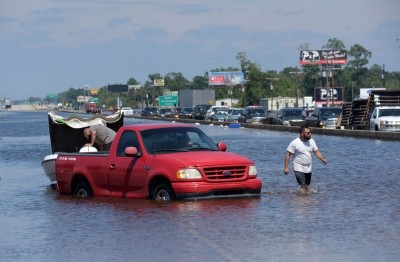 Washington, US President Joe Biden declared that "a major disaster exists" in Kentucky amid the deadly flooding triggered by torrential rain in the state, according to the White House.

In response, Kentucky Governor Andy Beshear tweeted that the federal funding "is critical for our recovery efforts and Kentuckians impacted by the historic flooding."

He also confirmed that at least 16 people have died, while "the flooding situation in Eastern Kentucky is ongoing".

The Governor further said he expected the number to more than double, and "it's going to include some children", while there were also a number of people unaccounted for.

Besides Kentucky, floods have also hit parts of West Virginia and Virginia.

Poweroutage.us reported more than 33,000 customers remained without electricity Friday in eastern Kentucky, West Virginia and Virginia, with the bulk of the outages in Kentucky.

Beshear has declared a state of emergency for all of Kentucky and called in the National Guard to assist in the hardest-hit parts.

Kentucky has also opened three state parks for those who lost their homes to take shelter.

The National Weather Service warned heavy rains and flooding could continue throughout the weekend in parts of Kentucky, West Virginia and Virginia.