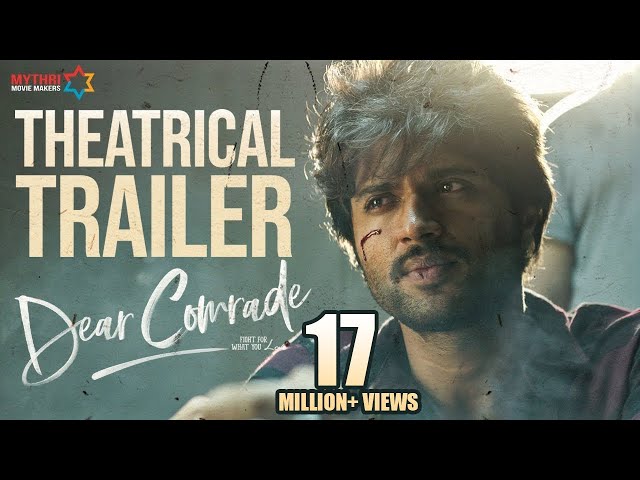 Dear Comrade might have given you guys a trip down the Arjun Reddy lane after watching the trailer but Chaitanya aka Bobby is nothing like Arjun. He is not a brat who has everything and acts like he owns everything but is someone who fights for what’s right. Dear Comrade is not just a love story; it’s much more than that. The first half of the film is an endearing watch with Vijay Deverakonda and Rashmika Mandanna’s beautiful chemistry onscreen and their journey together that takes a rather unpleasant turn. It changes both their lives but in totally different ways.

It’s the second half that disappoints you and how. With such a light-hearted and emotional first half, the film takes a very serious turn and has tried to address issues like mental health and sexual harassment at workplace. The problem with the second half was that it dealt with way too many issues with a weak script and screenplay. The film shifts focus from Bobby’s role as a student union leader, who fights for everyone’s rights to Aparna Devi aka Lilly’s cricket career. Bobby and Lilly part ways in the first half after he gets into a fight with some goons and Lilly.

When the two happen to run into each other again after a couple of years, both of their lives change them into a different person altogether. Bobby has returned a more calm and composed person while Lilly is in a psychiatric ward being treated for depression. Now I would hate to reveal the climax of the film but that’s what disappointed me the most. After giving everyone an impression of a love story, the director Bharat Kamma takes to tragic things that have happened with Lilly since Bobby left, one of them being sexual abuse at work place that makes her quit cricket altogether.

Bobby urges her to fight for herself and others but that brings back the angry, rebellious Bobby we saw in the first half; so basically three years of traveling, trying to find peace, finding and working on sound therapy to cure depression just went away in a jiffy. Not to mention, I have a ton of issues with the way the writer and director has executed the climax where Lilly has to basically confess to the committee what actually happened with her.

In an attempt to add more drama to the scenes, the director toned down on the seriousness that the scenes need. A sexual harassment complaint and hearing cannot be executed the way it was in the film. There are more ways to encourage a survivor of sexual abuse to fight and speak up against it. While the first half of the film and the second half, to an extent, was a pleasant watch, the climax and the end of the film are plain disappointing.

Rashmika has outdone herself as Lilly and is a character you will definitely relate with. Unlike Arjun Reddy, you do not see Bobby’s anger or aggression as a negative quality. He fights for what he feels is right but he is also a family man who runs errands for his parents constantly without complaining too much. Even though Vijay has delivered his best performance in the film, the weak screenplay in the end gave him less opportunity to bring out his best.