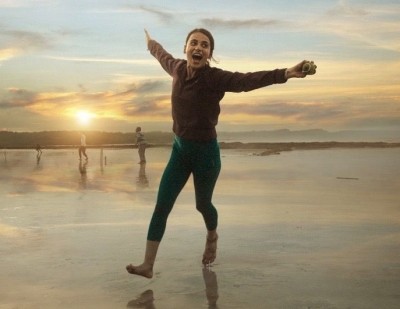 The film earlier had its world premiere at the 47th Toronto International Film Festival (TIFF) in September.

Sharing her excitement, actress Radhika Madan said, "After its world premiere at TIFF, it feels wonderful that our film 'Kacchey Limbu' continues to find love in various parts of the world. I am thrilled that it has been selected at the World Film Festivals of Bangkok and IFFK. It's a film that is very close to my heart and I can't wait for the audience to see it."

'Kacchey Limbu' is a heart-warming sibling drama that tells the story of Aditi, a young girl who is in the race of fulfilling dreams imposed on her by everyone. Eventually, Aditi decides to take matters into her own hands to prove to everyone that being confused is not necessarily a bad thing and with time, the right decision will find its way to a person.

Echoing Radhika's sentiments, director Shubham Yogi added, "'Kacchey Limbu' is a film on finding your voice and has stemmed from a very common growing up experience. After its successful showcase at TIFF, I feel blessed and grateful that the film continues to find a platform at prestigious festivals like Bangkok and IFFK film festivals. As a debutant filmmaker, I couldn't have asked for a better start".

'Kacchey Limbu' has been produced by Jio Studios and Mango People Media.