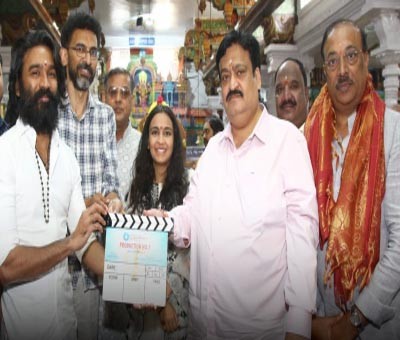 Hyderabad,  Versatile National Award-winning actor Dhanush is joining forces with Tollywood director Sekhar Kammula's yet-to-be-titled movie, the process for which was launched on Monday with a grand pooja.

Kammula, a National Award winner himself, is a master of groundbreaking films that combine aesthetic values and commercial success. He has made cult films such as 'Happy Days' and 'Fida'.

The film launched on Monday will be shot and released simultaneously in Telugu, Tamil, and Hindi. It will be co-produced by Suniel Narang and Puskur Ram Mohan Rao of Sree Venkateswara Cinemas LLP, together with Amigos Creations.

The team, according to the makers, is in talks with big names active in different languages and a top-notch technical team will also be onboarded soon.