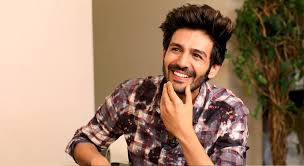 Bollywood actor Kartik Aryan has been working continuously for the past few days. After completing the shoot of Imtiaz Ali's next film, he is shooting the film 'Pati Wife and Woh' in Lucknow. Karthik rarely has some extra time at this time. However, he still takes some extra time out of his schedule and he plays in that time. Kartik Aryan has a lot of interest in sports. He likes to play soccer. While shooting at Lucknow, he can be seen playing soccer with the children of the society. He has shared some pictures on his Instagram account as a story in which he can be seen playing soccer on the set. With these pictures, he has written hard on the sets with children. By the way, when Karthik is in Mumbai, he always tries to join football practice with Ranbir Kapoor and Arjun Kapoor.