Covid deaths, positive cases continue to surge in Telangana
'Pained by his demise': President, PM on passing away of Balbir Singh Sr
President greets people on Eid, urges adherence to safeguards
Railways to run 15 trains from May 12 with AC coaches, limited stops
PM Modi's 5th meeting with CMs over economy on Monday
West 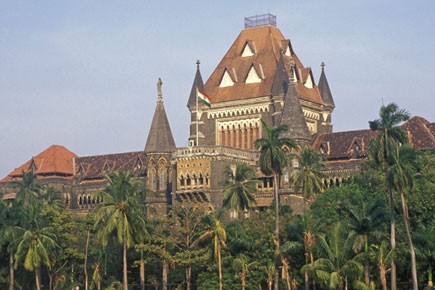 The Bombay High Court may have forbidden the slaughter of animals in public places across Mumbai but there were several areas where the sacrifices were made in full public view in Mumbai on the occasion of Eid-al-Adha.

The Bombay HC had ordered that animals should not be slaughtered in public places but incidents of animals being sacrificed were reported from many places in the city, including many housing societies. Slaughter at public places were also reported from Navi Mumbai and Panvel. A video, reportedly taken in Ghatkopar, soon began doing the rounds on social media in which streams of blood could be seen running down the streets after animals were sacrificed here in complete violation of the High Court's order. A number of complaints were made by locals about animals being slaughtered in public places from other parts of the city. These incidents are likely to be brought to the court's notice on August 16, the next date of hearing in the matter.

Mumbai Police personnel were on high alert all of Monday and deployment was increased in areas known to be rather sensitive. Checks were carried out in transport vehicles.