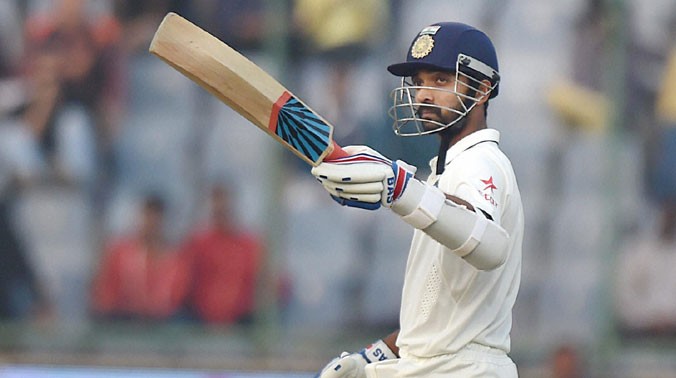 Delhi Capitals made one of the biggest gains ahead of Indian Premier League (IPL) 2019 as the Shreyas Iyer-side managed to exchange a senior opener in Shikhar Dhawan from Sunrisers Hyderabad. A regular in the Indian cricket team, Dhawan played a crucial role for DC at the top of the order and also guided the younger batsmen in the team. Dhawan scored 521 runs at the top of the innings with five fifties - a performance which helped Delhi qualify for the play-offs for the first time since 2012. After the successful move, Delhi are now eyeing another senior batsman in Ajinkya Rahane for next season.

Rahane, who has been an integral part of Rajasthan Royals, might play for Delhi in the next edition of the cash-rich tournament. "Yes, DC is trying to get Rahane onboard, but too early to say if the deal will see the light of the day. A lot of things need to be taken care of before the dotted line is signed. RR's take on the whole issue can also not be discounted since he has been a huge ambassador for them. But yes, talks are on," a source was quoted as saying by IANS.

Delhi already boast of a star-studded batting line-up in Prithvi Shaw, Dhawan, Iyer and Rishabh Pant. Rahane’s addition will make Delhi one of the best sides in the competition. The side also boasts of a quality pace attack in Kagiso Rabada, Ishant Sharma and Keemo Paul. Even in the spin department, the side comprises of some quality players in Amit Mishra, Sandeep Lamichhane and Axar Patel. Overall, the side is very strong on paper.

"The side has attempted to get the right balance between youth and experience and what Rahane brings to the table isn't something one needs to talk about. It is there for all to see. Dhawan and Ishant Sharma showed what having experienced heads in the dug-out means when the situation is tough and this could be a dream move if sealed," the official added.

Delhi, who ended up with 18 points from 14 matches, impressed everyone with their third-place finish in the IPL 2019 points table. Apart from Dhawan, Pant (488 runs from 16 innings) and Iyer (463 from 16 innings) were the two other batsmen from the squad who ended up in the list of top-10 highest run-getters from the previous season. It was a remarkable improvement from the 2018 season - where the side ended up at the bottom of the table with just 10 points from 14 matches.