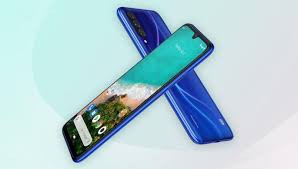 China's smartphone maker Xiaomi   has prepared to launch a new smartphone in India. On August 21, the company has organized a launch event in Delhi. During this time the company will launch the Mi A3. The company has started sending media invites. Let us know that this smartphone has already been launched, but India is coming now. Xiaomi India Head Manu Kumar Jain has said in a tweet, 'We are launching 48 megapixel Android One on August 21 at 12 noon'. Its teaser was also recently released. However, as always this time, before the launch, it has not been told which phone it will be. Xiaomi Mi A1, Mi A2 have become quite popular and now Mi A3 is coming. Android One platform will be given in it. That is, the MIUI of Xiaomi will not be available in this phone and you will be able to use stock Android. This smartphone has three rear cameras and one of them is a 48 megapixel sensor. Talking about the specifications of Xiaomi Mi A3, it has an Android 9 pick. This smartphone runs on Qualcomm 665 and its display is 6.08-inch HD Plus. This smartphone has 4 GB RAM. For photography, the triple rear camera setup has been given in MI A3. One lens is 48 megapixels, the other is 8 megapixels and the third is a 2 megapixel depth sensing camera. For selfie, it has a 32 megapixel front camera.