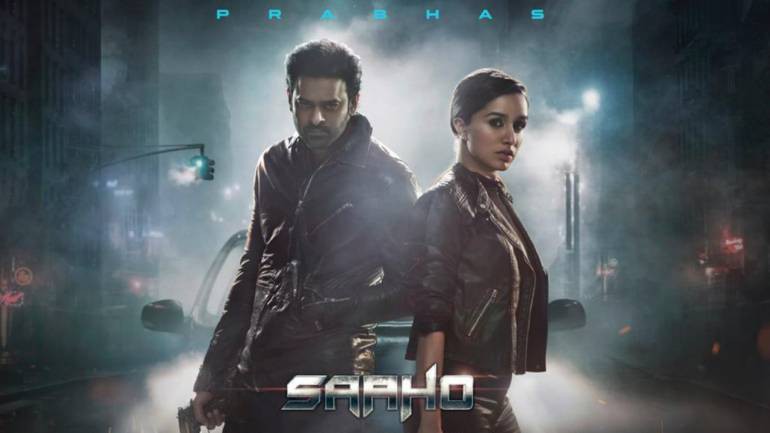 Saaho, starring Prabhas and Shraddha Kapoor, hit the screens on Friday. After an earth-shattering start, the film continues to wreak havoc at the box office.

Sujeeth's Saaho, starring Prabhas and Shraddha Kapoor, had an earth-shattering start at the box office. The film, which released in Hindi, Telugu, Tamil and Malayalam, opened to around Rs 68 crore, continues to mint money on the second day and is expected to have a fabulous opening weekend. The film, which was made on a budget of Rs 350 crore, has already grossed Rs 200 crore worldwide. The early estimates for Day 2 are approximately around Rs 45-50 crore.

In the Hindi release itself, Saaho has earned Rs 25.2 crore, bringing its collection to Rs 49.02 crore.

The Hindi version of Saaho opened at Rs 24 crore, making it emerge as the third-highest Hindi opener of 2019, after Bharat and Mission Mangal, which opened at Rs 42.30 crore and Rs 29.16 crore crore respectively.

The fan frenzy and excitement around Saaho translated into magic at the box office windows. There was much hype as this was Prabhas's first film after the Baahubali saga--- the franchise which brought him to the international scene. However, despite breaking several records, Saaho could not beat the first day collection of Baahubali: The Conclusion, which made Rs 121 crore on its opening day.

Saaho is an action thriller, and features Chunky Panday, Jackie Shroff, Neil Nitin Mukesh and Mandira Bedi in crucial oles. Directed by Sujeeth and produced by Vamsi Krishna Reddy, the film tells the story of a deadly power struggle between gangs in the fictional city of Waaji, after the demise of their leader. Meanwhile, the Mumbai police are hot on their trail. However, who is to be trusted, and who isn't to be trusted, is left for the audience to find out. Shraddha Kapoor plays the role of the Amrita Nair, Prabhas's love interest.
(Courtesy: India Today)