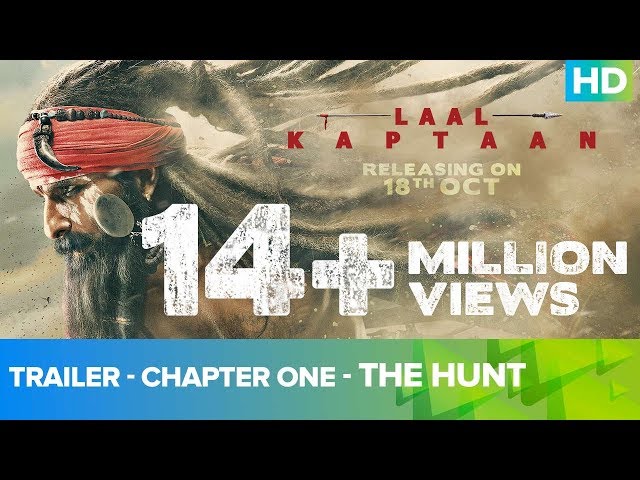 The makers of Laal Kaptaan recently released the trailer of the much-awaited action film. Saif Ali Khan looks intimidating in the new clip.

The film, produced by Eros International and Aanand L Rai's Colour Yellow Productions, will feature Saif in the role of a naga sadhu out on a journey ridden with drama, revenge, and deceit. Playing the role of an assassin, Saif's character is seen murdering his targets in cold blood. A female voiceover even remarks that Laal Kaptaan (Saif's character) clings on to his prey almost like a ghost.

By the looks of it, Laal Kaptaan seems to be a period drama.

As per reports in Press Trust of India, actress Sonakshi Sinha makes a special appearance in the film. The director said Sonakshi is a fabulous actor and working with her was a great experience.

"It's a special appearance but a pivotal one. I wanted somebody who would leave an impression, someone with star quality and appeal. Sonakshi fit the bill perfectly. I'll leave her part as a mystery. All I'll say is she's the most glamorous thing in the film," Navdeep said in a statement.

NH 10 helmer Navdeep Singh has directed the movie and Rai said he has full faith in the story. "Laal Kaptaan is that kind of film that is definitely going to generate a genre and narrative style of its own," he added.

Describing his role in the movie, Saif had said, "My character is a failed Naga sadhu, who has strong notions of revenge... I even got my ears pierced for the role, which I was worried about initially. My hair has grown a lot. It bothered me throughout summer, when I was shooting in Rajasthan’s sweltering heat."

The film is scheduled to hit theatres on 18 October.