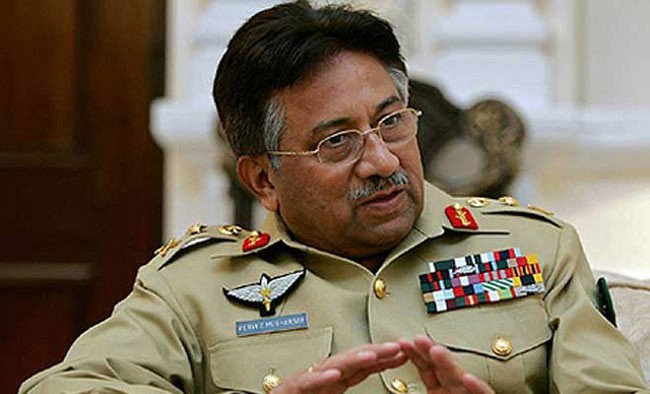 Kashmir is in the blood of Pakistan, the former military ruler of Pakistan, Pervez Musharraf, said on Monday, marking his return to active politics.

The 76-year-old All Pakistan Muslim League (APML) Chairman made the remarks while addressing his supporters on his party's founding day in Islamabad via phone from Dubai on Sunday. He took a break from political activities last year because of his deteriorating health.

This is Mr Musharraf's first public comment since India ended special status to Jammu and Kashmir.

"We will continue to stand by our Kashmiri brethren no matter what," he said.

He said that Pakistan's desire for peace should not be seen as weakness.

Mr Musharraf has been living in Dubai since March 2016. He is facing a treason case for suspending the Constitution in 2007.

Commenting on reports of his deteriorating health, Mr Musharraf said that he suffers from amyloidosis and is on medication for it in Dubai.

It is a rare disease caused by the build-up of an abnormal protein called amyloid in organs and tissues in the body.

Mr Musharraf, who ruled Pakistan from 1999 to 2008, has been declared a fugitive in the Benazir Bhutto assassination and the Red Mosque cleric killing cases.