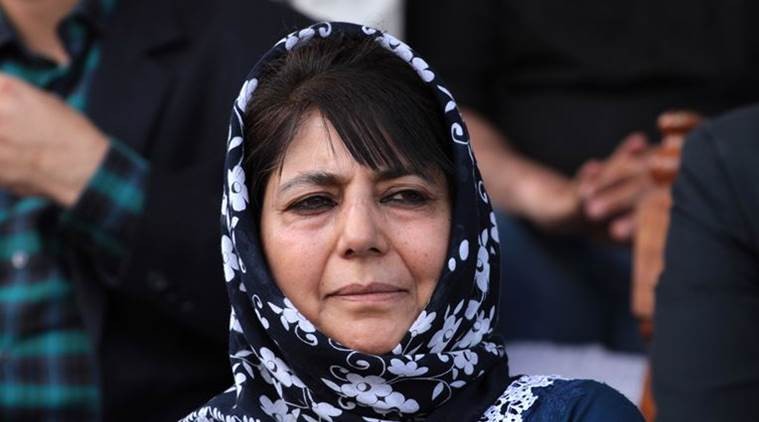 PDP chief and former Jammu and Kashmir chief minister Mehbooba Mufti, who has been under preventive detention at a guest house in Srinagar’s Chashme Shahi for over three months, has been shifted to another place as wintery cold gripped the region.

“The accommodation she is currently lodged in is not equipped for Kashmir’s harsh winters. Keeping in mind these points, I would like to request you to shift her to another location more suitable. I hope you will address this problem urgently,” she said in her letter.

On Friday, top officials of the Ministry of Home Affairs conveyed to the Parliamentary Standing Committee on Home Affairs that political leaders who have been detained since August 5 will be freed gradually, however, did not give and timeline, PTI reported, citing unidentified sources.

Several political leaders from Kashmir, including former chief ministers Farooq Abdullah and Omar Abdullah have been under preventive detention since August 5 when the Central government revoked Jammu and Kashmir’s special status under Article 370 and bifurcated it into two union territories.

While Farooq, the National Conference chief was detained under PSA (Public Safety Act) at his residence on Gupta Road in Srinagar, his son Omar has been placed under preventive detention at Hari Niwas.

Union Home Secretary Ajay Kumar Bhalla and Additional Secretary in the Home Ministry Gyanesh Kumar and other ministry officials also told the parliamentary panel that those detained under the PSA can move a designated tribunal against their detention and can even approach the High Court, if not satisfied with the order of the tribunal.