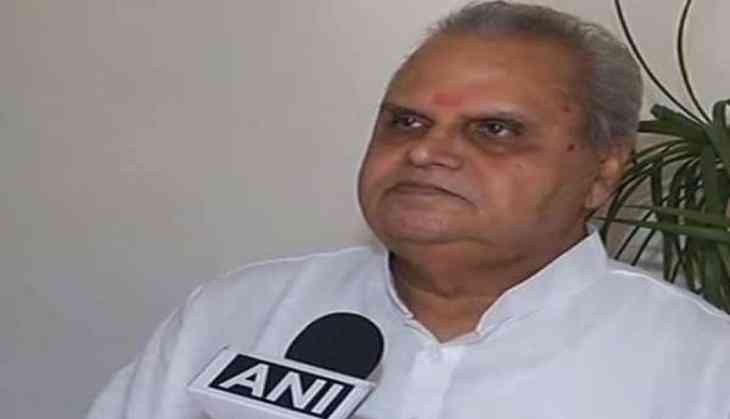 The petitioners challenging the Centre's decision to withdraw special status of the erstwhile state of Jammu and Kashmir submitted in the Supreme Court on Wednesday that the Governor had limited powers, which couldn't be used in a situation that required concurring to a constitutional change.

Senior advocate Raju Ramachandran on the second day of hearing, appearing for former IAS officer Shah Faesal and Shehla Rashid, contended that the President didn't acquire the constituent powers of the J&K government under Article 370(I)(d), to give concurrence to a modification of the Constitution as applied to the state.

He was challenging the concurrence given by then J&K Governor Satya Pal Malik to the decision.

"Hence, such power to give concurrence can't be exercised by the Governor either, as he is merely a delegate of the President in the state, under the President's Rule", he submitted before a five-judge Bench, headed by Justice N.V. Ramana and comprising Justices S.K. Kaul, R. Subhash Reddy, B.R. Gavai and Surya Kant.

Justice Gavai said, "The proclamation says the Governor will act as a representative of the President." and queried Ramachandran that as per his argument the Governor couldn't have given concurrence as a Governor without opinion of the legislature.

To this, Ramachandran argued the Governor's concurrence was undemocratic for want of public say. "The record indicates that neither the President nor the Governor held any consultations on the issue either with the public at large or with members of the legislative council", he said.

Ramachandran also insisted the Governor during the period was only an agent of the President and his concurrence was undemocratic as it didn't have the backing of the people of the state.

He contended that the purpose of Article 356 was to maintain the Constitution, and the exercise of this power was reversible and the President or the Governor couldn't take an action that was irreversible. "The state of J&K has ceased to exist. Now only court can restore it to its previous position," he said.

When Justice Surya Kant queried petitioners on the competent authority to reconstitute the Constituent Assembly of the state, Ramachandran replied that the democratic route involving people should be followed, and unilateralism couldn't be allowed.