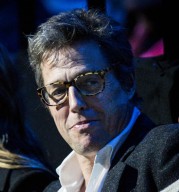 Actor Hugh Grant couldnt enjoy a skiing holiday with his children because he was busy learning long speeches for Guy Ritchies action-comedy "The Gentlemen".

"There are a lot of long speeches in the film, and I spent months learning Fletcher's speeches," Grant recalled.

"I went on a skiing holiday with my children and didn't ski because I just walked up and down the lanes, all day, learning lines. But Guy's dialogue is certainly meaty and very brave. The challenge is to make that live and breathe and be your own, and I quite enjoyed doing that," he added.

Produced by Ivan Atkinson, Bill Block and Ritchie, "The Gentlemen" is a crime caper set in London. Matthew McConaughey leads the cast as Mickey Pearson, an American drug lord along with Charlie Hunnam, Grant, Colin Farrell, Henry Golding, Jeremy Strong and Michelle Dockery, in the drug-infused drama about a British drug lord attempting to cash out his fortune.

The film is written and directed by Ritchie. It promises to be a complete entertainer as the characters get out of the game and sparks all kinds of repercussions among the criminal underworld bringing together a compelling mix of humour and crime.

In the film, Grant portrays a sleazy investigator named Fletcher.

Talking about the role, he said: "He will work for anyone, but in this particular case, in this film, he's working for the boss of a very nasty tabloid newspaper. He is hired by that newspaper boss to dig around, get some dirt on this prominent marijuana dealer, Mickey, played by McConaughey, and Fletcher gets up into all kinds of mischief, double crossing people and getting up to all that kind of stuff."

PVR Pictures will release the film in India on January 31.