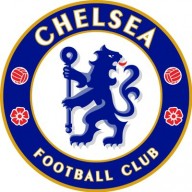 London,  Chelsea defender Hannah Blundell has signed a two-year extension to her contract, keeping her at the club until 2022.

Hannah has three England caps and has been named in the Professional Footballers' Association's team of the year in the past two campaigns. She came through Chelsea's academy and helped the club win domestic doubles in 2015 and the 2017-18 season.

"I've been here a really long time so the fact that Emma (Hayes) and Paul (Green) still want me here is a great feeling," she told the club website.

"She's Chelsea through and through, she had a tough time with injuries the first part of the season but it's certainly great for the team that she's back."

"Hannah's best years are yet to come and with this commitment from her, it just shows that she sees her best years and future with us which is a real testament to her team-mates and the staff," she added.