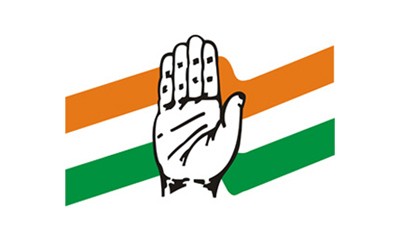 As the nation on Friday commemorated the 40 CRPF men martyred in Pulwama in Jammu and Kashmir a year ago, the Congress lashed out at the BJP government alleging that the saffron party has been politicising the issue of the martyred troopers and has forgotten the families of the slain jawans.

The Congress also demanded that the Pulwama investigation be made public.

Taking to Twitter, the party said, "After the election speeches and photo-ops, the BJP govt has completely forgotten about the families of the martyrs."

"They promised them jobs & compensation, yet 1 year after the attack the families are forced to beg the govt for what is owed to them," the Congress said while highlighting the plight of the families whose sons were martyred in Pulwama.

He wrote "I salute the martyrs, mourn with their families and thank the soldiers who take risks every day to keep our country safe but India should not wait any more for accountability. Has there been a serious investigation into what happened?

"Do the people of India not deserve answers? Is the BJP govt suppressing the report in order to hide their failures?" he questioned.

"Who was responsible? Who is accountable for decisions that left 40 jawans vulnerable?"

The Congress leader alleged that the BJP cloaks itself in the Tricolour as a shield against all criticism. "But patriotism is a faith, not an alibi. Govts are not absolved from taking responsibility for what happens on their watch." he said.

The Congress has alleged that under the BJP's rule terror-related casualties ,infiltration across the LoC and attacks on Indian bases have increased.