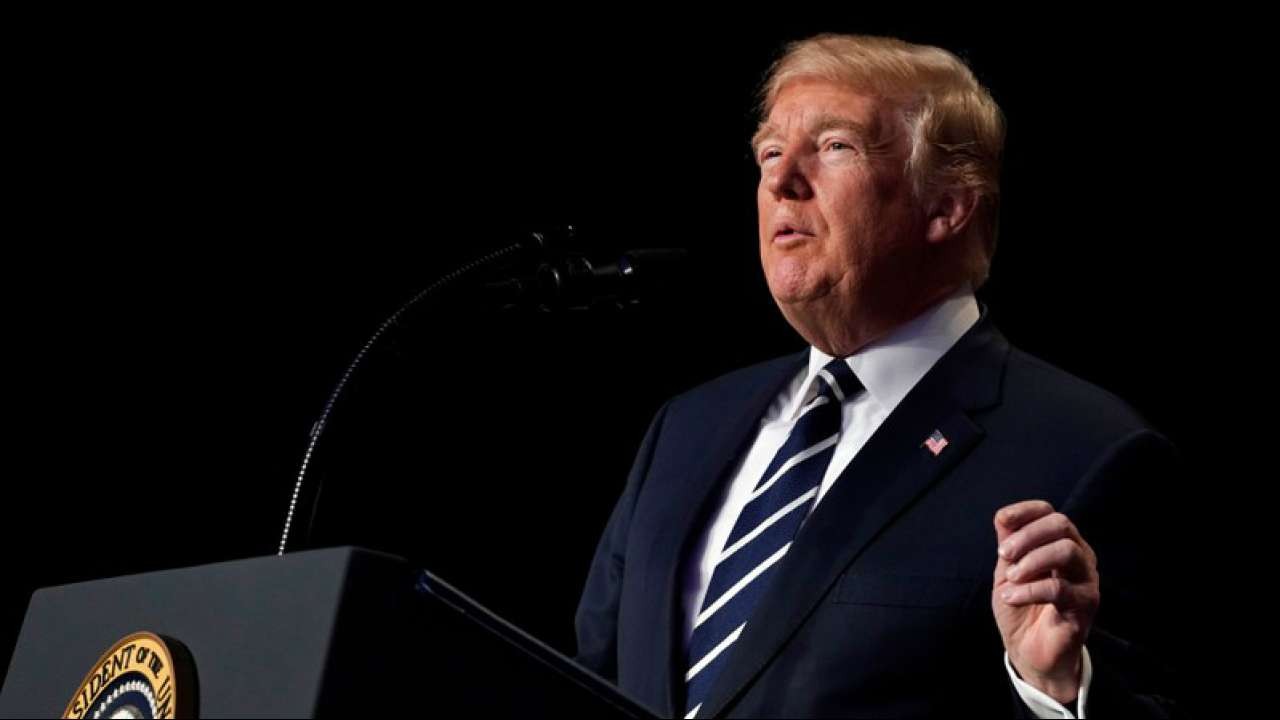 US President Donald Trump and First Lady Melania Trump will visit Sabarmati Ashram, the house from where Mahatama Gandhi led his salt 'Satyagraha', 90 years ago. The entire roadshow for the mega event will now be 22 kms long.

Sources said the US President and his wife will stop by at the Ashram on their way to the Motera cricket stadium where the 'Namaste Trump' event has been organised in his honour. Prime Minister Narendra Modi will accompany them from the Ahmedabad airport to the Ashram and the stadium.

One of the residences of Gandhi and his wife Kasturba, the Ashram on the banks of river Sabarmati, is a national monument. Built in early 20th century, the Ashram now houses a museum, Gandhi Smarak Sangrahalaya, which was inaugurated by India's first Prime Minister Jawaharlal Nehru. One of the rooms in the Ashram showcases Gandhi's spinning wheel (charkha) and his writing table.

Meanwhile, putting an end to the confusion over the visit of Trump to the Sabarmati Ashram, Ahmedabad Police Commissioner Ashish Bhatia on Sunday confirmed that the US President's visit to the Ashram will indeed take place.

Bhatia said, "US President Donald Trump will arrive at 11: 30 a.m. This will be followed by cultural events at the Airport. The roadshow will begin at 12 p.m. On the way to Motera Stadium, the US President will stop at Sabarmati Ashram."

The Trump couple are expected to spend half an hour at the Ashram. A new parking space has been created at the place. To the backside of the ashram, a platform is built so that Modi can show the entire Sabarmati riverfront to the visiting dignitaries from one place. A special room has also been prepared at the Ashram, where the dignitaries would be spending some time.

So now the roadshow for the mega event will be 22 kms long starting from the airport to the Sabarmati Ashram and from there to the Motera stadium.