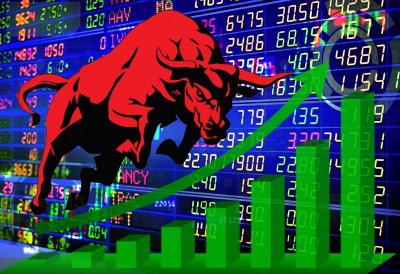 Mumbai, Feb 23 (IANS) The key Indian equity indices opened on a positive note on Tuesday with the BSE Sensex gaining 400 points to trade well above the 50,000-mark.

Healthy buying was witnessed in oil and gas, metal and capital goods stocks.

Manish Hathiramani, technical analyst with Deen Dayal Investments said: "Whilst the markets have opened in the green, the short term trend remains negative for the time being. Until we do not get past 15,100 on the Nifty, any up move should be utilised as an opportunity to go short.

"The index has a support range of 14,500-14,700 but given the high volumes traded yesterday, there is every possibility we break that range," he said.

The top gainers on the Sensex were ONGC, L&T and SBI while the major losers were Asian Paints, Kotak Mahindra Bank and Maruti Suzuki India.