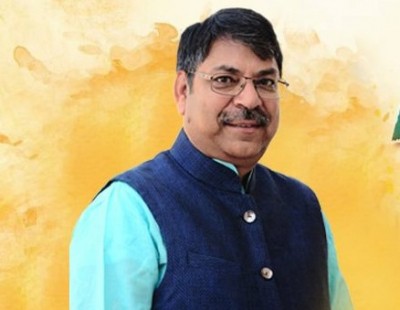 The meeting continued for around three hours and discussed many crucial strategies to corner the ruling government in view of by-polls scheduled on four seats in forthcoming month. It also discussed the letter which was sent by around 20 MLAs (from Raje's camp) to the national president and state president alleging that they have not been given a chance to speak in the Assembly.

In fact, Raje had been maintaining a distance with Poonia and his team and had not visited the party office for the past six months.

Recently, Raje followers organised a special gathering in Kota urging the high command to anoint her as the CM face.

Also, a new team was announced on social media called Vasundhara Raje team for districts. This group has been pitching her as the CM face for Assembly polls 2023.

It needs to be mentioned that Raje and Poonia were together in Delhi on February 21 during the organisational meeting which was attended by PM Narendra Modi amid other senior party leaders.

Sources said that party leaders had asked the leaders to work in proper coordination.

Soon after the meeting, speculation was rife over whether Raje will attend the core group meeting.

However, Raje gave her consent to party workers soon after the meeting in Delhi that she shall be coming to attend the core group meeting.

On her way to Rajasthan from Delhi on Tuesday, she was accorded a warm welcome at various places due to which she came late to the office.

Party officials said that efforts are being made to resolve the differences within the party.

Meanwhile, Rajasthan in-charge Arun Singh announced in the meeting that national president JP Nadda shall be coming to Jaipur on March 2 where he shall address the party working committee.

Addressing the press conference after the meeting, he said that massive protests shall be staged at division and tehsil level from March 6 to 14 across the state against the rising electricity tariffs, poor law and order arrangements etc in the state among other issues.

He praised Poonia and said that the state BJP team is performing well under him.