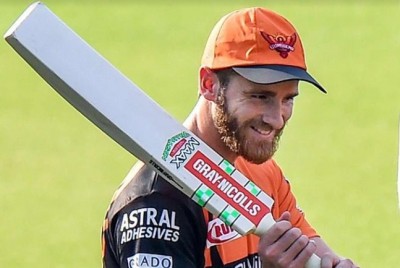 New Delhi,  SunRisers Hyderabad (SRH) captain Kane Williamson said that there are still "conversations to be had" about David Warner's role in the team after their defeat to Rajasthan Royals (RR) on Sunday at the Arun Jaitley Stadium.

The franchise had announced that Williamson had replaced Warner as captain on the eve of the match and went on to drop the latter from the squad.

"There are number of leaders in the group. It's important we stay tight. And for us it is about building as a side and make adjustments. Rather than search too much for the win, we just have to be clear about how we need to operate," said Williamson in the post-match presentation ceremony.

"Warner is a world class player, the cards are on the table and I am sure there are a number of conversations to be had," he further said.

RR's mammoth total of 220/3 was fuelled by Jos Buttler's 124 off 64 balls. "It was Jos's day and he was outstanding. With the bat you do need to get a few things to go your way and when you're losing wickets it makes it all the more harder to chase 220. We have had a lot of challenges over the last three weeks, but we need to make small adjustments and put in improved performances," said Williamson.