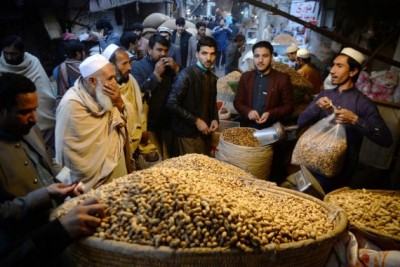 Islamabad,  Pakistan's Finance Minister Shaukat Tarin said that the demand by the International Monetary Fund (IMF) to hike electricity tariff to release more funds could lead to further inflation in the country.

It is unfair to push Pakistan to increase its electricity tariff as it will only affect the country's economy negatively, Tarin said during a meeting of the National Assembly's sub-committee on finance on Monday.

While hinting at reviewing the program with the IMF, the Minister said Pakistan has assured the lender of reducing circular debt, but the demand of increasing electricity tariff is not understandable, reports Xinhua news agency.

If the GDP growth is not increased by at least 5 per cent, the country will be facing serious crisis in next several years, the Minister said, adding that the growth rate will only improve if the economy is moving swiftly, with special focus on agriculture and industries.

He said the government has been working toward broadening the tax net, but could not force people to pay more taxes under the current scenario.

Pakistan has promised the IMF to increase taxes by 1.272 trillion PKR and raise electricity tariff by almost 5 PKR per unit, according to local media.