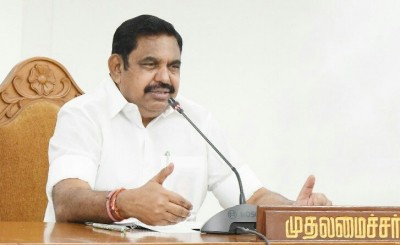 Chennai,  The BJP central leadership, which had much higher expectations about the comeback of the AIADMK-led NDA, has already communicated with Tamil Nadu's outgoing Chief Minister Edappady K. Palaniswami over his stance in not sealing an alliance with the AMMK that cost the front dearly.

Senior BJP leaders have said that in at least 28 seats, the AMMK had played spoilsport for the NDA alliance, sealing the fate of the AIADMK, BJP and PMK candidates.

While the AMMK itself had lost its total votes from 21 lakh to 10.57 lakh votes, it did not restrain the party from cutting the vote share of AIADMK, which in turn helped the DMK and its allies.

A study found that while AMMK was not able to win even a single seat with its leader Dhinakaran himself losing from Kovilpatti, the party had indeed cut the votes of the AIADMK in 24 seats, three seats of the PMK and one seat of the BJP.

The AMMK has a predominant base among the Thevar community which is also the vote bank of the AIADMK in south Tamil Nadu and this has resulted in a poor show by the ruling front in South Tamil Nadu with even Deputy Chief Minister O Panneerselvam winning by a margin of 11,000 odd votes only.

The votes polled by the AMMK has helped 19 DMK candidates, one CPM candidate, one VCK candidate and one MDMK candidate register their wins.

Even before Sasikala was released from Bengaluru central prison, the BJP central leadership had called upon the AIADMK leadership to provide seats to the AMMK and to seal an alliance with that party for a comfortable win in the Assembly polls.

However, Palaniswami rejected the idea as he had received inputs from the strategic team that he had commissioned for poll management, that the alliance was of no use.

The BJP central leadership was even willing to provide 30 seats to the AMMK.

A senior leader of the BJP's Tamil Nadu unit, on the condition of anonymity, told IANS: "If AMMK was accommodated in our alliance, we could have won the elections but Palaniswami was against the ties as he feared that Panneerselvam will align with the AMMK and then try to bargain for the CM's post."

Panneerselvam was indeed willing to accommodate the AMMK as he knew that the traditional Thevar vote bank would be split if the two parties contested separately.