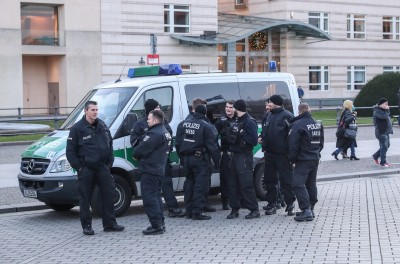 Berlin,  German police arrested a 53-year-old man in Berlin accused of writing right-wing extremist mail to public figures in a case that has baffled investigators for about three years.

The mail was marked with the sender "NSU 2.0", a reference to the National Socialist Underground, a far-right German terrorist group that was discovered 10 years ago, dpa news agency reportd on Tuesday.

The case was particularly sensitive because the perpetrator or perpetrators were apparently able to access police information.

The man is strongly suspected of having "sent a series of letters with inciting, insulting and threatening content nationwide" under the pseudonym NSU 2.0 since August 2018, the public prosecutors said following the Monday night arrest.

The German citizen, whose name has not been released under the country's strict protection laws, was arrested following a search of a Berlin apartment.

He is currently unemployed.

The recipients of the mail were mainly public figures, especially from the media world and politics, including state and federal parliamentary members.