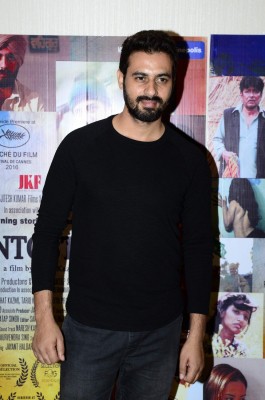 Mumbai,  Director Shoib Nikash Shah says that his film "Antenna" is sure to amuse todays generation of children on how things were done earlier.

The film is based in the nineties and it showcases the time when everyone would gather at one house to watch TV and there would be issues with the antenna.

Shah feels today's kids have no idea how life was without the internet, and the film will show them what life was like back in the day.

"I'm sure this movie would take nineties kids back to their childhood! Even present-day kids, who cannot imagine anything without the internet would find it interesting to see children on screen struggling with the antenna to watch their favourite show -- something that they get in just one click!" he says.

He adds: "The struggle of those kids and their journey would teach modern-day kids that they have to strive hard to achieve something in life. I have done theme-based films before also like 'Football' and 'My Angel, My Teacher'. I hope the audience finds this interesting along with the parallel plot of the film."

Produced by Raj Kushwaaha and Sakshi Seth, the film released on OTT platform-ShemarooMe on Friday.