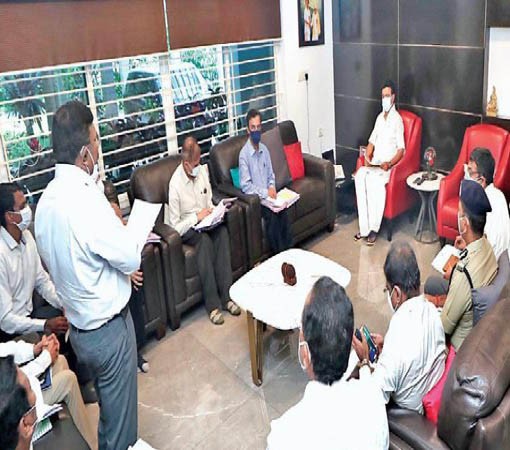 Chennai,  The Tamil Nadu government has directed to take necessary precautions as Cyclone Tauktae is likely to intensify further. It has asked the authorities to summon back fishermen who are in the sea.

Around 244 deep sea fishing vessels were in the sea and after the state fisheries department took the initiative, 162 had returned to the shore by Saturday night. Efforts are on to bring the rest of the fishing boats back to the shore, the Chief minister's office said.

Chief minister M.K. Stalin who held a review meeting with officials including district collectors and meteorology department officials has specifically stressed on the safety of fishermen from Kanniyakumari, the statement said.

The Chief minister in his meeting with the district collectors was briefed by the Deputy director general of meteorology S. Balachandran on the possibilities of the rainfall and the preparations of the department. Stalin called upon the revenue officials to be on their toes and to get prepared with necessary equipment in areas prone to landslides.

The Chief minister has also directed the revenue department to ensure Covid norms and protocol in the relief camps being set up to accommodate people from the low lying areas.

The government is also monitoring the storage in reservoirs in the state.