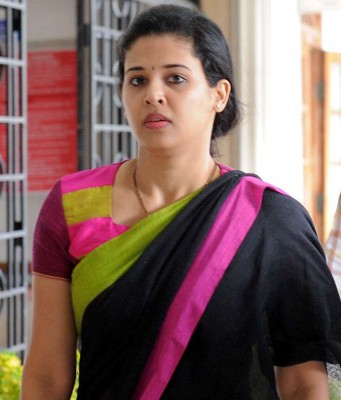 Mysuru,  Describing Mysuru as her ‘Tavaru Mane (the maternal home of a bride), outgoing Mysuru Deputy Commissioner Dasari Rohini Sindhuri said on Monday that she was paying the price of being an upright and honest officer who tried to safeguard government lands from being taken away by the land mafia in a clandestine manner.

After an ugly spat between Sindhuri and Mysuru City Corporation (MCC) Commissioner Shilpa Nag, the Karnataka government had on Saturday transferred the two IAS officers.

While 2009 batch IAS officer Sindhuri has been transferred to the post of Commissioner, Hindu Religious and Charitable Endowments, 2014 batch officer Nag has been appointed as the Director, E-governance, Rural Development and Panchayat Raj Department.

After handing over charge to new Mysuru DC Bagadhi Gautham, Sindhuri subtly hit out at her detractors, mainly politicians, without naming anyone at a press conference.

Stating that she was not allowed to work as the DC, Sindhuri claimed that she has been a victim of conspiracy ever since she tried to prevent land sharks from encroaching government lands and properties.

"Some people unnecessarily troubled me as I tried to clear encroachments of government lands. As a Deputy Commissioner, my primary duty was to save government lands, lakes and other public properties, which might fall prey to land sharks. I was doing this work from the day I took over as DC for which I got into the wrong books of a few. I was a victim of a conspiracy," she claimed.

Answering a question, Sindhuri said that she had never expected this transfer.

"I have been asked to leave the district at a time when I was doing good work. It is wrong to think that a ‘mission is accomplished' after abruptly transferring an IAS Officer. It is difficult to run a system if these kinds of developments take place, be it a district or any institution. But I will not react much on the issue," she said, adding that everyone knows what had happened, so there is no point in talking about it all over again now.

When asked to elaborate the steps taken by her to prevent land encroachments, Sindhuri said that she had tried to clear encroachments in the Kergalli Lake and fill clean water into it for rejuvenation.

"I wanted to save 1,500 acres of Survey Number 4 (Kurubarahalli) and wanted to assign a good lawyer to fight the case in the Supreme Court. I would have continued as the DC had I not taken on the land mafia," she said, indicating that she had antagonised a section of politicians who are in cahoots with the land mafia in Mysuru.

Reacting to Nag's public outbursts which culminated into the transfer of both the warring IAS officers from Mysuru, Sindhuri said that she could only "feel sorry for her" as it was quite clear from her outbursts that she is an insecure person.

"Insecurity leads to frustration, and that is what had happened with her I think," Sindhuri said, adding that there are particular procedures for all IAS officers and she is proud that she did not violate them under any circumstances.

Thanking the people of Mysuru, Sindhuri described it as her parents' home (Tavaru Mane).

The officer said she is grateful for the love showered on her by the people of the district, who treated her like their own daughter in the eight months that she spent there.

"Thank You Mysuru, I am leaving with a heavy heart, as a daughter leaves her parental home," she told reporters.