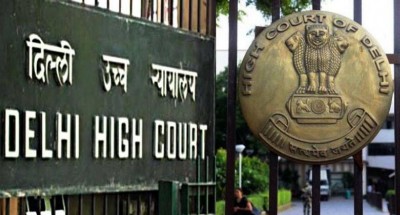 New Delhi,   The Delhi High Court on Monday declined to stay a single-judge order, which had allowed unaided private schools to collect annual and development fees from the students for the period post the lockdown in Delhi in 2020.

A vacation bench of Justices Rekha Palli and Amit Bansal sought response from the action committee of the unaided recognised private schools on the appeals filed by the AAP government, students and an NGO, which moved against the May 31 order passed by a single bench of the high court.

Senior advocate Shyam Divan, appearing for the action committee, submitted that till the next date of hearing, the schools will continue to follow the existing principles with regard to fee collection.

The Delhi government, students and the NGO, ‘Justice for All', have argued that the single judge's decision was based on incorrect facts and law.

Divan and Kamal Gupta, representing the association of private schools opposing the stay application, argued that the Delhi government had no power to interdict private contracts between schools and the parents of the students.

The vacation bench said it is rejecting the stay application, adding that a detailed order will be passed later before scheduling the matter for before the roster bench on July 12.

Senior advocate Vikas Singh and the Delhi government counsel also argued against the order. The lawyers added that the single judge bench gravely erred in passing the directions based on a top court order in connection with collection of school fees.

Singh said as per the schools' affidavit, 60 per cent of tuition fees were sufficient for discharging their liabilities towards teachers' salaries and the rest of the amount can be utilised for other expenditure, including development charges.

In its May 31 order, the single judge had quashed two office orders of April and August last year issued by the Directorate of Education (DoE) of the Delhi government forbidding and postponing collection of annual charges and development fees.

The bench had noted that the orders were "illegal" and "ultra vires" the powers of DoE under the Delhi School Education (DSE) Act and Rules.

In its May 31 order, the court had said that the Delhi government has no power to indefinitely postpone collection of annual charges and development fees by private unaided schools. The court had noted that this step would be against the functioning of the schools.