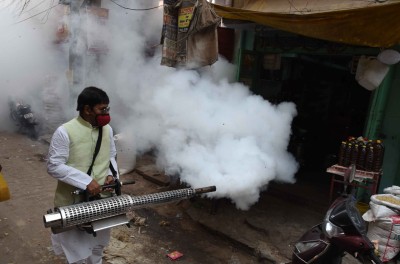 Colombo,  Sri Lanka has reported 7,896 dengue cases so far this year with the health authorities warning that the number could spike with the onset of the monsoon rains, local media reported here on Wednesday.

National Dengue Control Unit Director Aruna Jayasekara, quoted in the local Daily Mirror, said the capital Colombo District is at a higher risk compared to other districts as one-third of the cases reported so far this year was from the district.

He said seven more districts are also affected by the dengue virus which includes the central hills of Kandy, Xinhua reported.

Sri Lanka's Western Province which includes Colombo has recorded a total of 2,344 dengue cases so far this year which is the highest among the provinces, official statistics from the Health Ministry showed.

The month of April saw the highest dengue cases with 1,860 patients being detected.

Health officials called on the public to be vigilant on mosquito breeding sites and take steps to clean those sites and keep the environment unpolluted on a regular basis.