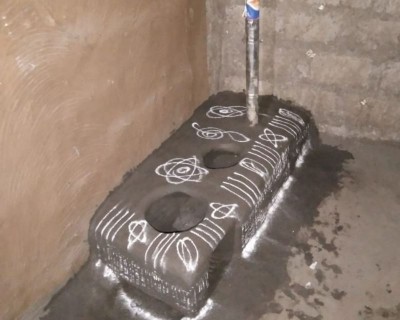 Bijapur (Chhattisgarh),  In this Chhattisgarh district known for its dense forests, tribal villagers are embracing an innovative and cost-effective technique to burn less firewood while cooking.

In Bijapur, a severely Naxal-affected district in Chhattisgarh's Bastar division, a silent revolution is taking place, entirely driven by the villagers. Locals in the area have decided to move from traditional chulhas (stoves) to smokeless ones in a bid to save their green cover.

The movement, started by a single villager, gained the sanction of residents in a dozen villages, and today, over 1,980 smokeless chulhas (clay stoves) have been successfully set up in households, and 166 smokeless chulhas function in schools and anganwadis (rural child care centres).

The initiative not only cuts down the need for firewood but also reduces indoor air pollution, thus improving the health of the women using these stoves.

The beginning of a transition

The Bijapur district of Chhattisgarh is spread over more than 6,500 square kilometres, a majority of which is either dense or open forest. Of the 2.5 lakh people who live in the district, 85 per cent comprise indigenous tribal, forest-dwellers whose survival is solely dependent on the forests.

"The locals of Bijapur cut timber from the forests and use it as firewood in chulhas. This is used to cook food, boil water and meet other household needs. But as more and more timber was used for firewood, the depleting trees began to concern villagers and a few officials.

"The amount of firewood consumption has increased over the years, which is a worrying trend," said a district official who wished to remain anonymous.

The PM Ujjwala Yojana, which was set up to distribute LPG cylinders to Below Poverty Line families, has been slow to pick up in Bijapur. Out of the 48,000 eligible households, only 25 per cent have been covered under this scheme.

However, the lack of motorable roads makes it logistically challenging to bring the rest of the deserving households under the scheme. Refuelling of the cylinders is a huge problem when people have to travel dozens of kilometres on bad or no roads to reach ration shops and cylinder distributors.

Anil Kawre, a local who has been a part of several programmes with the Department of Health, recalls how the idea of smokeless chulhas came about.

"When we saw the depleting forests, we thought of starting something so that the load on the forests is reduced. We know the locals heavily rely on forest wood to be used as firewood in chulhas, but we thought we have to find a way to minimise the input of firewood and maximise the output," he told 101Reporters.

Kawre learnt about the smokeless chulha a few years back, through the Phulwari scheme launched by the Chhattisgarh Health Department to battle malnutrition in children and reduce indoor air pollution.

The smoke released in traditional stoves was causing many ailments like asthma, pneumonia, cancer, chronic restrictive lung disease and other respiratory health issues. In fact, indoor air pollution has been termed as the silent killer of the rural kitchen.

While the Phulwari scheme is inactive now, the memory of the smokeless chulha stayed with Kawre, who had also been part of the project.

He began talking to the women in his village, telling them about the smokeless chulha and its many benefits. Many women were keen to make the shift from traditional chulhas and readily agreed.

Smokeless chulhas were introduced in their homes and as the word spread, more and more women came forward to make the shift.

The smokeless chulha and its benefits

Kawre explained, "It costs around Rs 300 to set up a smokeless chulha. It reduces cooking time by 50 per cent. It will take you 45 minutes to cook on a smokeless chulha while on a traditional chulha (an open-air structure of mud or stones with a single mouth), the same meal can take one and a half hours to cook."

But the most important benefit is the reduction in firewood requirement, feel the villagers. "A person doesn't need to go to the forest every other day to collect firewood. The amount of wood needed has reduced," said Surti Netam, a local.

Kawre added that the felling of trees has reduced. "The tribals cut down forest trees mainly to use as firewood. They don't use it for commercial purposes. So this has definitely come down," he said.

According to a report by Ramkrishna Muley, Chairman of Sri Sri Institute of Agricultural Sciences & Technology Trust, Bengaluru, "A rural household uses up to 3,000 kg of firewood per annum. The average cost of firewood is Rs 2 per kg. Since the improved smokeless chulha uses 50 per cent less firewood, a rural household using this chulha will save 1,500 kg for firewood in a year."

Muley in his report further states that a pilot exercise demonstrated that saving 1,500 kg of firewood meant the saving of at least three full-grown trees.

"If an entire village of say 200 firewood-burning households adopts the improved chulha, then this village will be saving 600 trees per annum. This is equal to about 1.5 acres of forest area," he wrote

Kawre and his team aim to set up these smokeless chulhas in every household in the district.