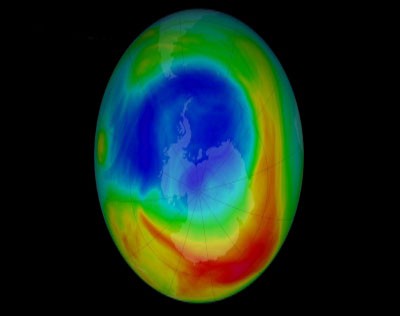 Washington,  As the coronavirus pandemic slowed global commerce to a crawl in early 2020, emissions of nitrogen oxides (NOx) -- which create ozone, a threat to human health and to climate -- decreased by 15 per cent globally, according to a study led by scientists at NASA's Jet Propulsion Laboratory in southern California.

As a result of the lower NOx emissions, by June 2020, global ozone levels had dropped to a level that policymakers thought would take at least 15 years to reach by conventional means, such as regulations.

The more stringent the lockdown a nation imposed, the greater the reduction in emissions. For example, China's stay-at-home orders in early February 2020 produced a 50 per cent drop in NOx emissions in some cities within a few weeks; most US states achieved a 25 per cent drop later in the spring.

The total result of the reduced NOx emissions was a 2 per cent drop in global ozone -- half the amount that the most aggressive NOx emission controls considered by the Intergovernmental Panel on Climate Change, the authoritative body of international experts on climate, were expected to produce over a 30-year period.

Ozone reductions from the reduced NOx emissions quickly spread both around the globe and from the surface upward more than 10 kilometres.

"I was really surprised at how large the impact on global ozone was. We expected more of a local response at the surface," said JPL scientist Jessica Neu, in a statement.

However, both NOx emissions and global ozone will climb again as the world economy revs back up, revealed the findings published in the journal Science Advances.

Ozone protects us from destructive solar radiation when it's high above Earth in the stratosphere. Ozone at the surface was estimated to cause 365,000 deaths globally in 2019 by damaging the lungs of vulnerable people, such as young children and those with asthma.

Similarly, it can also damage the breathing systems of plants -- their ability to photosynthesize -- reducing plant growth and crop yields. And at the top of the troposphere, it is a potent greenhouse gas, increasing global temperatures.

For the study, the international team of researchers used measurements of NOx, ozone, and other atmospheric gases from five NASA and ESA (European Space Agency) Earth-observing satellites.

They charted the chain of events from reduced fossil fuel burning during lockdowns to reduced local NOx emissions and finally to reduced global tropospheric ozone pollution.