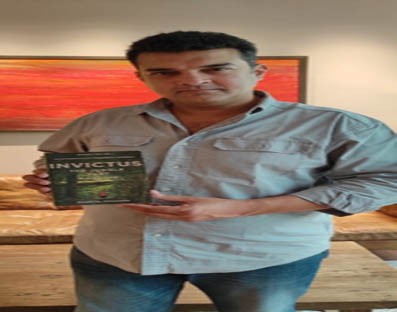 Mumbai, Film producer Siddharth Roy Kapur launched the book of filmmaker Nidhie Sharma on Tuesday. The book is titled 'Invictus: The Jungle that Made Me'.

Talking about the book, Siddharth said, "Nidhie Sharma's 'Invictus' is a compelling read and what makes it riveting is the courage and resilience it depicts, while bringing to life a world as stunningly visual as it is daunting. The book is inspiring, poignant and is a work of arresting originality."

"I learnt quickly that the jungle was alive and it found your fears faster than you found your strength. And if you did not square off with your fears, the jungle would square off with you. My Teen vs Wild survival memoir carries within itself a whole host of life lessons, transformations and epiphanies which I believe must be shared," said Nidhie.