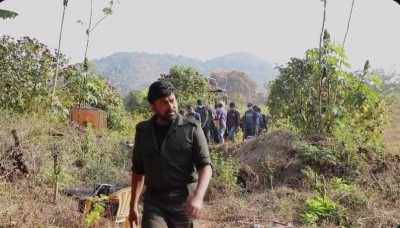 Hyderabad, When Chiranjeevi turned 66 on Sunday, his younger Tollywood compatriot Mahesh Babu tweeted the first look of the megastar's next film, 'Bhola Shankar'. It will be the first collaboration between Chiranjeevi and director-screenwriter Meher Ramesh, who has previously worked with Prabhas, Jr NTR and Venkatesh.

Mahesh Babu, a much-acclaimed star himself, greeted Chiranjeevi on his birthday and tweeted: "Happy birthday @KChiruTweets garu. Honoured to be unveiling the title of your film #BholaaShankar under the directorial skills of my good friend @MeherRamesh and my favourite producer @AnilSunkara1 garu. May the year ahead bring you great health and success. All the best sir!"

The announcement came a day after the news that Chiranjeevi's Telugu film tentatively titled 'Chiru153' will be called 'Godfather'. The film, the megastar's 153rd, is beibg directed by Mohan Raja. It is the Telugu remake of 'Lucifer', the 2019 Malayalam film starring Mohanlal.