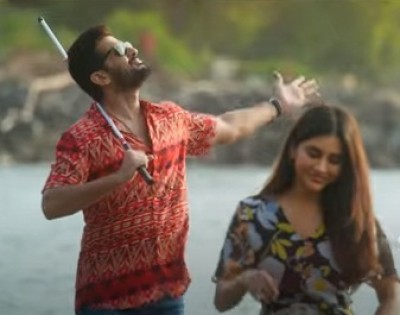 The film, which will have a OTT release, will see Nithiin play the role of a visually impaired piano player.

The film is a Telugu remake of the 2018 Bollywood film 'Andhadhun', which starred Ayushmann Khurrana, Radhika Apte and Tabu.

The trailer introduces all the main characters of the film. It starts with Nithiin showcasing his skills as an expert piano player. Actress Nabha Natesh is the love of his life, who always compliments his compositions. Then comes actress Tamannaah, the woman who will change his life forever.

Nithiin took to social media to release the trailer with the caption: "#MAESTRO is unpredictable. Here's #MaestroTrailer. Coming Soon Only on @DisneyPlusHS."

Directed and written by Merlapaka Gandhi, the film is touted to be a complete entertainer. The storyteller is coming back to direction after three years. His last directorial was the Telugu action film 'Krishnarjuna Yudham'.

Merlapaka was praised for his writing skills for the 2021 film 'EK Mini Katha'.

The film is produced by N. Sudhakar Reddy and Nikitha Reddy under the banner of Shreshth Movies.