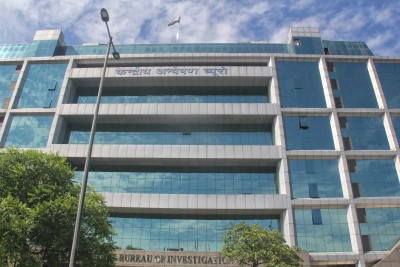 New Delhi,  The petitioner in the politically-sensitive three-and-a-half-decade old Bofors scam case has knocked the doors of the apex court seeking an early hearing in the Special Leave Petition filed by the Central Bureau of Investigation (CBI) in 2018.

According to the application filed by BJP leader Ajay Kumar Agarwal, there has been a recurrence of scams in the defence sector since the accused in this first ever scam have not been punished.

"Some of these scams are AgustaWestland Chopper Scam, Scorpene Submarine Scam, Barak Missile Deal. It is expedient in the interest of justice that the matter be heard at an early date," Agarwal said in his plea.

On February 2, 2018, CBI filed a Special Leave Petition of 2018 CBI vs Srichand P. Hinduja & Ors. in the same matter after more than 12 years of Delhi High Court order.

The plea filed by Agarwal on December 24, said that this is one case in the history of independent India "wherein Gandhi family-run Central governments have been trying to scuttle the investigation and misleading the courts and abusing the judicial process".

"The accused persons got the kickbacks out of payment towards the purchase of Bofors gun, which is hard-earned money of poor people of the Country. Much evidence is on record that one of the accused namely Ottavio Quattrocchi was very close to Sonia Gandhi and other family members, it contended.

"This case has to be decided and guilty be punished so that it would have deterrent effect on the society and such type of criminal acts be not repeated in future, like the AgustaWestland which also occurred with the same modus operandi involving the same Gandhi family and the Italian Defence manufacturing company with many middleman and agents," it added.

"Had Bofors scam did not happened then the country would have acquired Sofma Guns manufactured by the French government which were far better than Bofors. The senior most officers of the Army including its Chief of staff consecutively for four years in series of trials and meetings preferred Sofma over Bofors since it has a better shooting range of 29 km while Bofors had only 21 km. And these were cheaper in cost than Bofors," the plea noted.