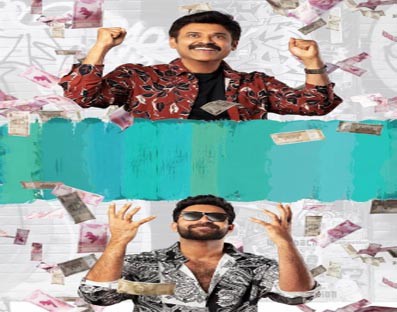 Chennai,  The talkie portions of director Anil Ravipudi's most awaited fun-filled entertainer 'F3', featuring actors Victory Venkatesh and Varun Tej in the lead, have been wrapped up.

Sources close to the unit of the film, being produced on a grand scale by Tollywood's leading production house Sri Venkateswara Creations, said that the unit only has a song to shoot.

Post-production work is also underway for the film, which is being presented by Dil Raju and produced by Shirish. The makers believe that 'F3', which is set to hit screens on April 28 this year, will be a bigger hit as the buzz about the film in trade circles has been positive.

While Tamannaah Bhatia and Mehreen Pirzada play the heroines opposite Venkatesh and Varun Tej respectively, Nata Kireeti Rajendra Prasad will be seen in a hilarious role. Sonal Chauhan has been roped in as the third actress to add more glamour and Sunil has been assigned an entertaining role.

According to sources, 'F3' will be a combination of entertainment, glamour and other commercial elements. Rockstar Devi Sri Prasad who provided a chartbuster album for 'F2' is well on his way to delivering a superhit album for 'F3'. Sai Sriram has cranked the camera for this film which has Tammiraju as its editor.