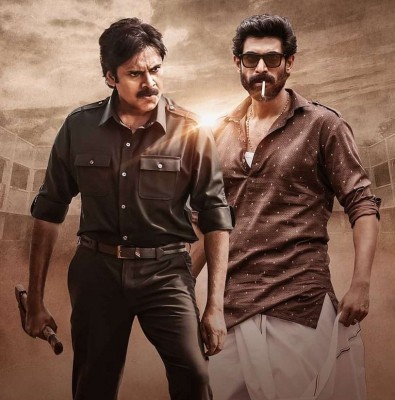 Sithara Entertainments, on Monday, made it clear that the film will hit the screens on February 25 only if the situation on the pandemic front improves. Otherwise, the Pawan Kalyan-Rana Daggubati movie will be moved to April 1.

'Bheemla Nayak', like 'Sarkaru Vaari Paata', and other biggies, was supposed to hit the screens during the Sankranti season in January. But the makers of 'RRR' had convinced the makers of 'Bheemla Nayak' to postpone the release, keeping the box-office clash in consideration.

Now that most of the big-ticket movies in Telugu are all ready for their respective releases, it is expected that this summer would be full of entertainment for the Tollywood audience.

'Bheemla Nayak' stars Pawan Kalyan and Nithya Menen as a pair, while Rana Daggubati and Samyukta Menon are to appear as another pair in the movie.