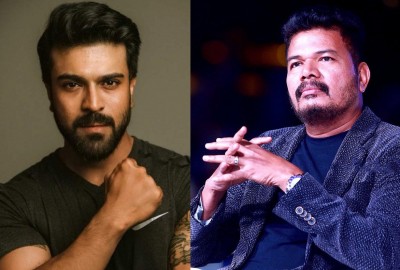 Hyderabad, Tollywood star Ram Charan will be seen in the much-anticipated film, tentatively titled 'RC15'. A directorial venture of Shankar Shanmugham, the team is apparently resuming the shoot soon.

As reported, the makers of RC15 have scheduled a shoot which will be carried out in the East Godavari District of Andhra Pradesh.

A couple of crucial scenes will be wrapped up in this schedule. Starting from February 6, the shoot will go on till February 25, reports a source.

Producer Dil Raju, who had spoken at one of the public events, dropped a hint that 'RC15' is likely to hit the screens during Pongal 2023. So, the makers are to start shooting at a brisk pace, so as to wrap up the talkie part by the end of the year.

The much-anticipated movie was announced almost a year ago. Since then, the news has taken over the social-media trends.

Touted to be an intense action-political drama, Ram Charan will be seen in an energetic role. After Boyapati Srinu's 'Vinaya Vidheya Rama', this is the second time that Kiara is pairing up with Ram Charan.

Apart from the lead actors Ram Charan and Kiara Advani, Sunil, Anjali, Naveen Chandra, Jayaram and others will be seen in important roles. Tollywood producer Dil Raju is bankrolling the heavy-budget movie, while SS Thaman is in charge of music composition.