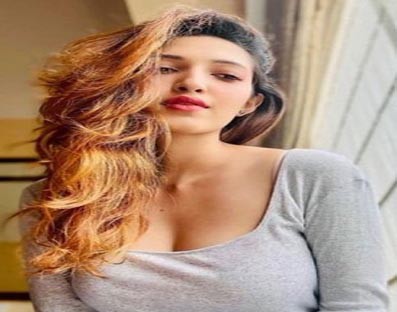 Hyderabad, Telugu actress Neha Shetty has slammed a journalist who asked her a sexist question at the trailer launch of her upcoming film, 'DJ Tillu'.

A journalist had referred to a romantic scene in the movie and asked the embarrassing question. Though actor Sidhu Jonnelagadda dodged the question, the embarrassment was visible.

As one of the tweeps posted the same video on Twitter, Neha Shetty, who has had enough of a hard time, called out the journalist.

Taking to Twitter to express her outrage, Neha Shetty said: "This question was very unfortunate at the trailer launch today. But I must go on to add that it simply amplifies the respect he has for himself and for the women around him at his workplace and at home."

The journalist then had the audacity to reply that he had no wrong motive, but was being witty.

"As it is a romantic movie, I did ask a romantic question. Anyways. it is a great trailer", the journalist wrote, as a reply to the actress' message.

Soon, a couple of other journalists intervened and schooled him for asking such an inappropriate question at the launch event. Later, the journalist apologised to the actress in another tweet.

'DJ Tillu' producer Naga Vamsi took to his Twitter account to apologise to the actress for being put in an embarrassing situation at the trailer launch.