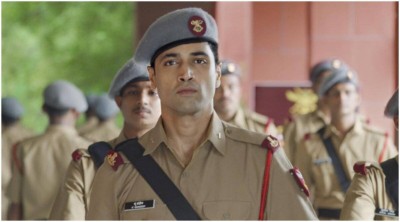 Hyderabad,  After being postponed more than a couple of times, Adivi Sesh's biographical movie 'Major' is to hit the screens finally on May 27.

Now in the last leg of its making, 'Major' is to have Adivi Sesh playing the 26/11 braveheart, NSG Major Sandeep Unnikrishnan.

'Major' traces Sandeep Unnikrishnan's journey from childhood, teenage years and years with the Army, up to his tragic end during the 26/11 Mumbai terror attacks.

Directed by Sashi Kiran Tikka, the film was shot simultaneously in Telugu and Hindi. It will also be released in Malayalam.

The film's teaser had created a huge sense of anticipation and the first single 'Hrudayama' has struck a chord with music lovers. Sricharan Pakala has scored the music for this movie.

Sobhita Dhulipala, Saiee Manjrekar, Prakash Raj, Revathi and Murli Sharma are the other prominent members of the cast.

'Major' is being produced by Sony Pictures Films India in association with Mahesh Babu and Namrata Shirodkar Ghattamaneni's GMB Entertainment and A+S Movies.