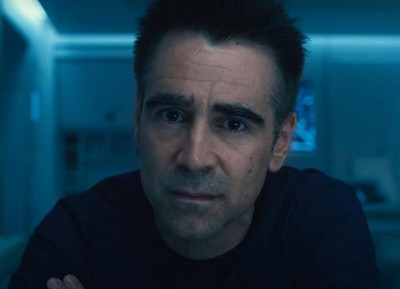 Farrell said: "Robert's embodiment of Batman is terrifying and damaged and broken and wounded and empathetic and all those other things. My inner child (was) invoked by seeing this iconic image with his cape flowing in the wind and the sky outside of London back behind him... For me, it was just gorgeous to see this whole thing."

The Golden Globe winner then went on to praise make-up artist and prosthetics designer Michael Marino for his work on the film, noting that a lot of the work for the character was done for him by the time he was made up, reports femalefirst.co.uk.

Farrell told Entertainment Tonight: "I cannot claim total ownership over this character at all. So much of the work was done for me through the brilliance and the imagination of Mike."

Farrell, who reportedly spent four hours a day in make up to take on the villainous role, went on to explain that he was able to use his "imagination" in the role and the it became one of the "most fun gigs" he has ever had.

He said: "It was so fun to inhabit. I had such permission to just explore and create and use my imagination. It was one of the most fun gigs I've ever had."

'The Batman' is set to be released in cinemas on Friday (March 4).