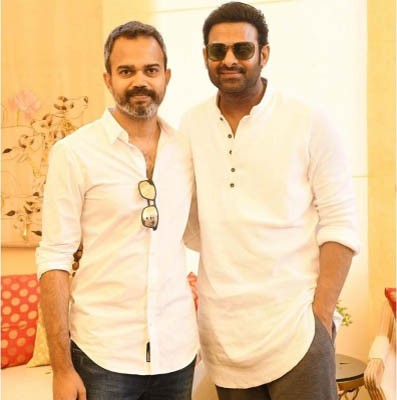 Hyderabad,  Shooting for Prabhas' upcoming movie 'Salaar' has stopped as Prabhas, who had a minor surgery, is still recovering.

The doctors seem to have advised him to rest for the coming months as well.

Helmed by 'KGF' director Prashanth Neel, 'Salaar' is currently in the making, and Prabhas was supposed to join the sets to wrap up an important schedule. Now that the 'Mirchi' actor is advised to take complete rest for a couple of months more, the shooting for 'Salaar' was temporarily cancelled.

The 'Radhe Shyam' actor had left for Spain for his treatment before he resumes shooting for his upcoming movies. He had a simple surgery which he is still recovering from, a close source reports.

With a long line-up, Prabhas has 'Adipurush', 'Project K', and 'Spirit' to be wrapped up in the coming months, before he jumps to give a commitment to other directors.

Prabhas will also star in a movie which will be directed by 'Bhale Bhale Magadivoy' fame Maruthi.