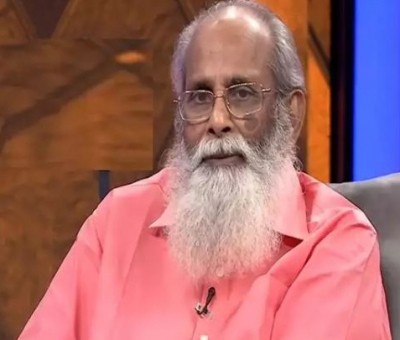 Hyderabad,  S.S. Rajamouli's father Vijayendra Prasad, who is the writer for blockbusters like 'Bhajrangi Bhaijaan', 'Baahubali', and the recent sensation 'RRR' has opened up about multiple issues related to the movie.

In a recent interview, Vijayendra Prasad revealed that he has started exploring possibilities of a probable sequel for the Ram Charan and Jr NTR starrer 'RRR'.

"Some ideas popped up, as I started exploring the possible sequel. Everybody liked it too. If God is willing, it may happen sometime later", the writer said.

Vijayendra Prasad, who spoke on many aspects of cinema, also reacted to the controversial topic of Ram Charan being given more importance in 'RRR'.

"NTR is basking in the glorious success of RRR right now. He has been vocal about this movie being his career's best performance. There is no truth in the talk that NTR was given lesser preference, while he is the one who got one of the best, emotional songs in the movie".

The 'Baahubali' writer concludes, "Let the stars enjoy their success. Please don't rub your insecurities and personal agendas on them".