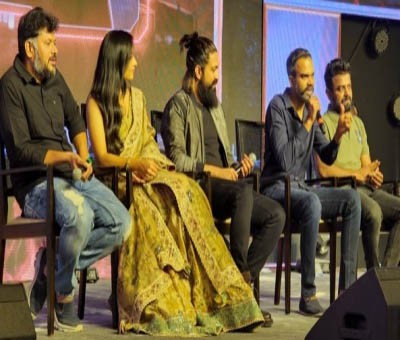 Prashanth Neel, who spoke at the press meet on Monday, said, "I request the Telugu audience to give a small place in your hearts for Yash. He will charm you as Rocky Bhaay in 'KGF 2' as well".

The director also showered praise on Prabhas, Rajamouli, and Shobu Yarlagadda, the men behind 'Baahubali 2', which he considers an inspiration.