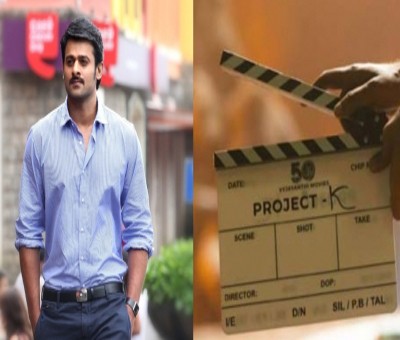 Sources suggest that the creators are to incorporate a new technology in the making of this movie.

The film is being shot with Arri Alexa technology, making it the first Indian film to use this cutting-edge technology.

Arri Alexa Technology is a digital motion picture camera system, which is used in the cinematography of sci-fi thrillers.

The goal is to enhance the visual experience, while the technology will not interfere with the emotions in the drama.

'Project K', directed by Nag Ashwin, is expected to be one of the most expensive projects in Indian cinema.

Billed as a sci-fi thriller, the makers have collaborated with top IT company Mahindra, to deliver the best output possible.

Prabhas, Deepika Padukone, Amitabh Bachchan, and other biggies are to play major roles in the film.