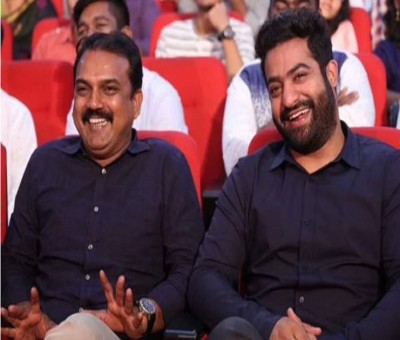 Hyderabad, Koratala Siva, the director of 'Acharya' spoke about his upcoming film recently.

While promoting the Chiranjeevi and Ram Charan-starrer, the director was quizzed on a variety of topics, to which he responded.

Amid the ongoing talks and assumptions about 'RRR' actor NTR's next with Koratala Siva being shelved, the director's clarity came as a source of relief to NTR's fans.

Siva says of 'NTR30', "I've written a strong story for NTR. Pre-production work is underway, and filming will begin in June 2022."

This statement from Koratala Siva has sent relief across NTR's fans, as a few Telugu websites had reported on the project being shelved a few weeks ago.

'NTR30's casting team is scouting for a Bollywood actress to pair up with NTR in this highly-anticipated movie.

NTR is currently prepping for 'NTR30', while Koratala Siva is promoting 'Acharya', which is slated for a grand release on April 29.