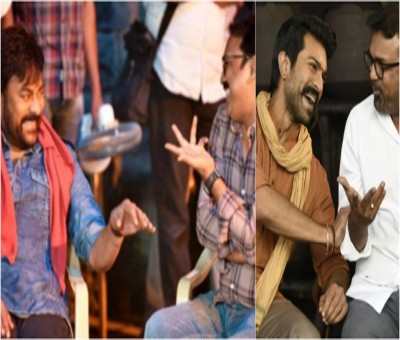 Hyderabad,  'Acharya', directed by Koratala Siva, is set for a worldwide release on April 29. Siva said his film will be a visual treat for moviegoers.

He stated in a recent interview that 'Acharya' will be a visual treat for both fans and moviegoers. He stated that it is a large story with all of the necessary commercial elements.

There was some speculation that the team had engaged in re-shoots and that this was the reason for the delay. Koratala Siva, on the other hand, has slammed the rumours, claiming that he has never reshot any of his films up to this point.

"Fans will enjoy the combination scenes of Ram Charan and Chiranjeevi", said Siva. He stated that they would be the film's main highlights.

Already, the theatrical trailer has heightened interest in this film. The pre-release event is expected to take place on April 23.

Ram Charan will have a major role named Siddha, while Pooja Hegde plays his lady love. Chiranjeevi, on the other hand, will be seen alongside Kajal Aggarwal, with other prominent actors in 'Acharya'.