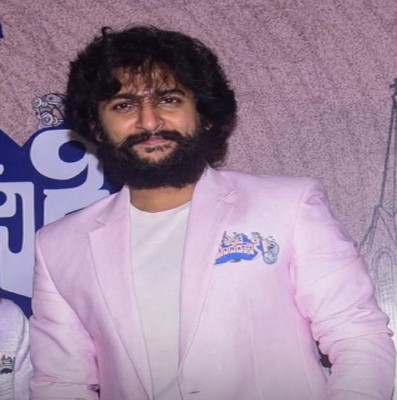 Hyderabad, The teaser for Nani and Nazriya's 'Ante Sundaraniki' was released on Wednesday at a grand event in Hyderabad. Nani, who spoke at the event, promised the audience that he would thoroughly entertain them in the theatres.

"Ante Sundaraniki is a very special movie for me," Nani said at the event. "Now that the teaser is out, I can say these things. The teaser is fantastic. In the trailer, you'll have double for that. The film will be ten times as long as the trailer. It's my pledge."

Nani also spoke highly of his team 'Ante Sundaraniki', as he lauded actress Nazriya, director Vivek Athreya, and other technicians.

"I have a lot to say about this movie, but will keep it for the coming events", Nani said.

Naziya, who is to mark her debut in Telugu with 'Ante Sundaraniki' plays Leela Thomas in the movie.

Speaking at the teaser launch event, the 'Raja Rani' actress said, "Ante Sundaraniki made me feel like I was in my first film. Probably because of the language."

"It was a pleasure to work with such a talented group" Nazriya concluded.

Starring Nani, Nazriya, Naresh, and other actors in the lead roles, 'Ante Sundaraniki' is slated for its grand release on June 10.

Nani was last seen in 'Shyam Singha Roy', and has a couple of interesting stories like 'Dasara' in his kitty.