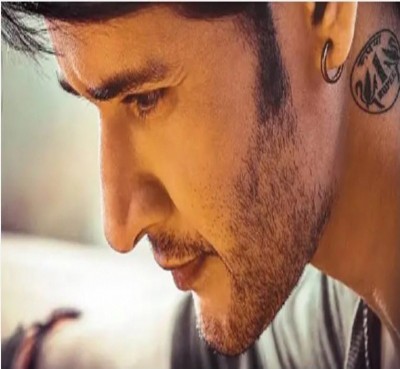 Hyderabad, Mahesh Babu's highly anticipated movie 'Sarkaru Vaari Paata' is inching towards its release, while the makers will kickstart the promotions soon.

Earlier on Wednesday, the makers of the commercial drama took to social media to announce the release of the title song 'Sarkaru Vaari Paata.'

The much-hyped title track of the Mahesh-starrer will be out on April 23. Music director S Thaman had also teased the superstar fans with a glimpse of the title song, which sparked a lot of excitement among fans.

Following the release of the title song, the producers intend to release the album's mass number. 'Ma Ma Maheshu' will be the title of the next song, as guessed by superstar fans.

Starring Keerthy Suresh in a perky role as the female lead, 'Sarkaru Vaari Paata' is touted to be a commercial drama with politics involved in the story.

Parasuram Petla is the director for 'Sarkaru Vaari Paata', which is bankrolled under the Mythri Movie Makers banner.

Slated for its release on May 12, the movie is expected to allure the audience from all quarters.