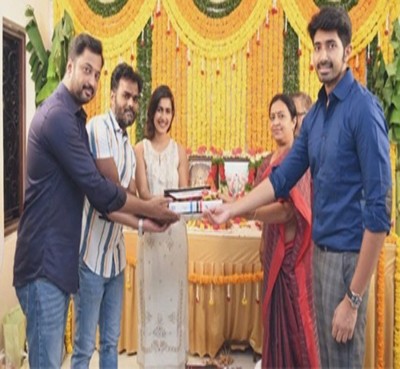 Hyderabad,  Actress Niharika Konidela has announced her next project. The 'Oka Manasu' actress has now turned producer for an interesting project under Pink Elephant Pictures, her own production company.

Niharika is producing this project titled 'Hello World', for the leading OTT platform ZEE5. The web series was officially launched with a pooja ceremony on Tuesday in Hyderabad.

'Sontham' fame Aryan Rajesh plays the lead role in the series, while it is directed by Sivasai Vardhan Jaladhanki.

Niharika Konidela was recently in the news for being one of the well-known personalities in a rave party raid that took place in Hyderabad.

Despite the fact that she was found to be innocent, Niharika Konidela was unfairly targeted by the local media, with some outlets even declaring the end of her film career.